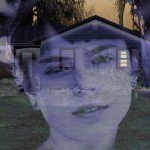 Paranormal studies provide a fascinating and enriching experience to those willing to be educated outside the box. It some cases, one must take a certain leap of faith in order to fully appreciate the wealth of data supporting the paranormal. However there are many—a majority, in fact—who refute substantial evidence of paranormal activity out of abject skepticism.

You may find this scenario familiar: speaking among friends or colleagues about a particular subject, someone new to the group expresses their complete doubt over its authenticity or legitimacy. They may try to categorize your discussion as that of “fringe” science or research, saying the term with a condescending attitude. In this situation I would advise you to be open to criticism but firm in your beliefs; impress upon the skeptic the existing scientific data to back up the claim. I’d also implore you to ask the skeptic to take the following steps if they want to get a better understanding of paranormal and fringe sciences.

This is the first and most important request that I’d make to narrow skeptics. Most skeptics approach fringe science and paranormal happenings with preconceived notions of their meaning and origins. Try to emphasize (politely and with the aim of having constructive dialog) that things exist outside of the traditional bounds of accepted theories and postulates in modern science. After all, science is all about discovery; what joy is there in pursuing science if there are no frontiers to investigate?

Explain that there are credible resources out there that discuss fringe science and paranormal phenomena with the same scrutiny as in “mainstream” scientific disciplines. It’s no wonder that so many people are natural skeptics towards fringe science: reliable information is often obscured by multiple bogus sites for renegade ghost hunters or attention-grabbing alien “enthusiasts.” Rest assured that legitimate research exists and is ongoing.

Organizations like the Parapsychological Association are founded by educated individuals, most of them holding PhD’s in relevant fields, who dedicate their lives to unraveling mysteries of fringe science. There’s an urgency to convert findings and rumors into hard data that can be presented as irrefutable evidence to skeptics. People only need to know where to look in order to access such information.

A recent oceanographic study confirmed that we have yet to explore approximately 95% of the life and features of the ocean. If we have so much yet to discover on our own planet, how can we be sure of anything beyond it? Modern science as we know it has only been in existence for a few hundred years at best, and yet people demean and disparage fringe science without a second thought. But keep in mind that scientists, researchers, professors of all disciplines pose realistic theories every day based on current schools of thought. But also every day these same people are exceeding scientific expectations, disproving previously sacred theories, and demystifying the previously unknown. Science is in a constant state of flux and that’s something to be excited about. Explain this to a skeptic and they might just begin to appreciate your perspective.

Mariana Ashley is a freelance writer who particularly enjoys writing about online colleges. She loves receiving reader feedback, which can be directed to mariana.ashley031 @gmail.com.

Learn how to deal with your own inner skeptic!