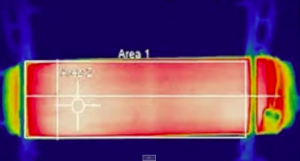 In a recent response to questions about how the E-Cat “Energy Catalyzer” Low Energy Nuclear Reaction (LENR) works when several are hooked together, inventor Andreas Rossi says: “The concert model is proper: wherein many instruments can make a harmony that is not just the sum of single sounds: resonances can generate virtual entities whose energy is higher than the sum of the energy of the singles.” Read his whole response here.

The E-Cat, which is owned by Industrial Heat LLC of Raleigh, N.C., is a highly controversial relative of Cold Fusion. However, it’s solid state device consisting of “tubercularized” nickel powder suspended in a hydrogen matrix. Critics say there is no accepted theory to support its operation and production of isotopic by-products. Some recent experiments, like that of Russian physicist Parkhomov to duplicate it in an open source environment with readily available materials, have been successful leading to speculation that it could soon be viable, non-polluting, low-cost source of heat and even electricity. Stay tuned.