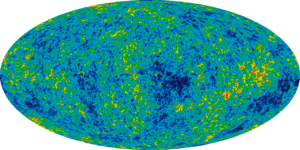 Ever since the idea of “many worlds” was proposed as an alternative physics model in the 1950’s it’s been creating a stir. Do we really live in a Multiverse? Quite possibly. Here’s a short article I recently wrote about it.

Why does it matter to you? Simple. Science often presents itself to us as a finished product, something “done and dusted.” We accept certain “truths” as obvious and common sense. But this point of view ignores how much we don’t know. And it’s in that gap that we’ll make the most progress towards understanding the unknown.
The Multiverse idea is one of the most challenging ideas we’ve ever faced together.
But it also holds the most promise of explaining things that heretofore have been deemed “paranormal” and weird.
But maybe they’re not weird. Maybe they’re just normal after all.
Take a look and see for yourself. And don’t forget to leave a comment!
Enjoy.