This Italian blog reports delivery of an “”E-Cat” low energy fusion device, created by inventor Andrea Rossi, scheduled for the end of April. We’re all waiting to see if this is for real in terms of it’s unique energy process. Read more about this new technology here and in this recent article in Wired Magazine.

Science was Wrong: Startling Truths About Cures, Theories, and Inventions “They” Declared Impossible By Stanton Friedman and Kathleen Marden. Some amazing case studies of how closed-mind and wrong science can become. Includes discussion of many of the technological and scientific discoveries that helped create the modern world, and how people at the time were wrong-headed  and negative about them.

This trailer for a new film, “Thrive”, about new energy systems and much more looks interesting: 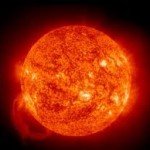 Do human beings have, as of yet, undiscovered powers and abilities? Can modern scientific discoveries shed some light on how we access more of our innate potential?  Can you tap into more of your creativity, insight, and vast energies of the universe?

It’s my conviction that yes, you can. Maybe it’s time for you to try a little “fusion.”

Here’s how it works (in my mind at least).

First, the basics of what science tells us about the process:

Fusion is a self-sustaining process that liberates near inexhaustible energy from the fusing atomic nuclei. Atoms of hydrogen combine or “fuse” into a new, heavier particle and give off huge amounts of energy at the same time. The energy given off stimulates the process to continue which makes it self-sustaining and continuous.

Fusion reactions are known to occur in very, very high temperature environments, like our Sun, and in a few large, experimental, manmade reactors, for very brief time spans (at least until now.)

Small scale, “cold” or low temperature fusion is still under development.  Long running research in low temperature fusion by the U.S. Navy and other researchers has been going on for several decades now. This type of fusion can theoretically be done on a table-top and has reportedly been achieved for brief amounts of time also. This room temperature reaction seems to produce more energy than it takes in, which has created a lot of excitement, debate, and controversy as to whether it’s real or not.

Leaving that particular discussion behind for a moment, I’d like to suggest another type of fusion: “human fusion.” This is where neural “resonance” is created between our conscious, subconscious and “higher” minds such that our personal creativity and imagination fuse with that of the larger universe. This creates an accelerated, intelligent, and self-sustaining human spiritual and mental growth process.

Remote viewing has shown us that ordinary people can “pick up” information from distant sources, beyond the ability of their physical senses. What if a person were able to “view” their own future possibilities?

If this were possible, it could lead a practitioner to see more than the average person and so have access to more energy, insight, and the capability of taking more productive and precise action. A little bit like remote viewing on steroids.

It would be almost like tapping into a previously unexplored energy source: resonance.

Human Fusion is the product of successfully using our creative intelligence and potential such that it stimulates a larger connection with the universe.

I’m teaching a small class soon on the subject that can help you explore your full personal potential.  If you are ready for a real challenge, visit my site at My Creative Intelligence to learn more.

So far, the U.S. Patent Office has refused to issue a patent for this alleged breakthrough low-energy fusion process created by scientist Andrea Rossi. Here’s the latest information about it.
httpv://www.youtube.com/watch?v=0cwSFu1Pz0g&feature=player_embedded
Click Here for More Information About the New Cold Fusion Technology 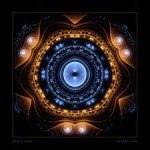 Cold fusion research by Italian scientists Focardi and Rossi is back in the news again. The “dynamic duo” of alternative energy claim they can transform 400 watts of heat energy in over 12,000 watts with their new device that produces no greenhouse gasses nor radioactivity. They also say their New Hampshire-based facility will be shipping the chemistry-based devices within 3 months. Some researchers are now referring to this type of technology as “low-energy nuclear reactions” rather than as a fusion-type reaction. In any case, the technology is getting some high-level endorsements and has the potential to change the way energy is generated and consumed by humans. Read more here: Cold Fusion Update