This is really hilarious LOL! This guy did everything out of order but it still worked. Try it for yourself here Resonant Viewing Instructions . 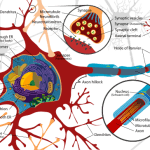 Hi, I’m having another free, live webinar with Q&A about “Discovering Your Natural Extended Intelligence” this Friday, December 14th at 1PM EST. We’ll have time for questions at the end too. See the short trailer here. Among the topics we’ll be covering include:

This live webinar will go for at least two hours. This is content that most speakers and gurus would charge a lot for. But for you it’s FREE. Hope you can make it. The webinar is scheduled for Friday, Dec. 14th at 1 PM EST.

If you like this sort of thing, you may also enjoy VirtualViewing.org

I’m a big fan of Malcolm Gladwell’s Blink: the Power of Thinking Without Thinking and the new book by Jonah Lehrer, Imagine: How Creativity Works. Both of the authors bring a lot of new research out about the the innate and mysterious power of our intuition and natural creativity. They reveal the inner workings of our subconscious minds and how some of our best talents are hidden behind the trappings of the conscious mind. 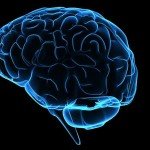 And yet both these works still leave me wondering why they never, ever mention some of the latest research into the less well understood aspects of our minds including the 25-year project by Robert Jahn at PEAR Labs, Princeton University, which shows that human thought can subtly influence machines. Then there is the remote viewing research of Hal Putoff and Russell Targ funded by the federal government at Stanford Research Institute for twenty years beginning in the 1970’s. Or the more recent research by Jonathan Schooler and Michael Franklin at the University of California, Santa Barbara on the possibilities of human “presentience” (having a sense of events in one’s immediate future.) And these three examples only scratch the surface.

This research, and much more like it, from the past century suggest that humans have the ability to perceive so-called “nonlocal” information and possibly interact with it as well. These studies are not entirely conclusive but they support the idea that something is going on in the human mind that is way, way beyond the conventional idea of how it is supposed to work: that our mind is located somewhere in our physical brain which is really just a “three pound piece of meat running on 12 watts of electricity” as Lehrer recently stated in an interview on the Colbert show (April 17th, 2012).

It’s almost like these two authors are living in hermetically sealed test tubes and either are not allowed or refuse to look at the recent evidence that our minds have a nonlocal aspect to them. We’re not talking about mysticism here. This is simply newer scientific evidence that imply that the mechanistic explanations of human intelligence are inadequate at best, or even completely wrong.

So what I’m really wondering is why neither Gladwell or Lehrer ever seriously mention this type of research in their books or interviews? It seems like they are both afraid to talk about it. And the big question is why? Why be afraid to look at scientific evidence? Perhaps in the future they will. Or perhaps not.

Here’s my latest interview, with Cathy Pritchett of MO.com, where we discuss things like resonance, remote viewing, and the true causes of the economic slowdown.

(Don’t forget to vote for my interview if you like it, right at the top of the page. The more votes, the more exposure for the interview. Thanks.)

What is an “aerostructure” and why should you care?

Let me explain.
(And I am not referring here to aircraft frames!)

Aerostructures, as I think of them, are physical objects, energy processes, and vibrational systems that act as a bridge between the invisible quantum reality we can’t see and the physical reality that we perceive with our senses. It’s an interface, a transitional space, that allows energy to be “stepped down” in frequency from a lighter density to a heavier one: from energy to matter, for example. So it’s a physical or vibrational pattern that allows energy and matter to change frequencies.

(Bare with me here, I promise this will make sense.)

Aerostructures exist in both physical and energetic forms. As physical objects, they often have an increasingly fine or detailed pattern at their boundaries so that they interface with their environments in a very graphically complex way.

Common examples of this include clouds, trees and various types of plants, our own bronchial systems, rivers and tributaries, and many other types of natural objects and anything else than can be described as a fractal mathematically. There boundaries become so fine at the edges that they almost disappears. There is a blurry interface between where the structure is and where it isn’t.

I’m including a picture of a so-called “Aerogel” here because it is a good analogy. An aerogel is a gel-like substance that has had all of the liquid removed so only an amorphous latticework is leftover. It the one of the least dense solid substances known to science yet very strong.

In the same way, many “paranormal” phenomena seem more like vibrations than a physical objects or substances and thus also seem to be “barely there.” They are at the edge of our conscious perception because they are so amorphous, like an aerogel. Yet they can affect physical objects like a Chi Kung master projecting energy from his hands and knocking someone over, or healing them, without making physical contact.

While objects like trees, clouds, the human cardiovascular system and other similar “fractal” objects have increasingly fine, fractal boundaries, the significance of aerostructures is that they include both these type of physical objects AND subtle energetic processes. An example of this would be music and other ephemeral, transient processes which seem to be there one moment and gone the next. When music or other coherent sounds are playing, they can create physical changes in the environment, as shown in the field of cymatics (where sounds create uniform, coherent shapes in sand on a metal plate or other mediums).

Music can also create temporary emotional and physiological changes in humans. The corresponding brain states can be observed and measured by sensitive equipment. Yet, when the music stops, the excitement fades.

Other examples of aerostructures include the phenomena of channeling whereby a person allows the energy, information, and personality of another entity to pass through their body temporarily. Some well-known examples are Jane Robert’s channeling of an entity calling itself “Seth,” Ester Hick’s “Abraham,” and Daryl Anka’s  “Bashar.” (Interestingly, the entity Bashar has also been channeled by other people notably two women in Japan in their native tongue.)  While the channeling is happening it can seem completely real, convincing, and sincere. And then when it stops, it’s like the whole personality construct has simply vanished and the more ordinary personality of the human channeller takes over again.  Was it there or not? Where did the personality structure go?

So in this case, what we’re talking about is a system where the vibrations are dense enough at one moment to seem real to our senses, and the next moment they are too dispersed to be detectable to our conscious mind. We’re talking about a process of energetic densification accomplished by a human, perhaps without their even knowing how they did it. (I’ve asked a person who could project electricity from his hands how he did it and all he could say is that it took lots of practice. So he didn’t really know how it worked either.)

What do these things look like: it could be any physical or energetic pattern, shape, or design that acts in a crystalline fashion to transform energy in some way. Crop circles certainly come to mind.

So why does any of this matter?

Because aerostructures can be exceedingly valuable to you if you know how to create and use them.  I’m convinced that if you want to tap more deeply into your intelligence, creativity, and spontaneous right-brain intuitive skills you need to activate these energetic mechanisms.

They allow you to “fine-tune” your reality by adjusting the frequencies between your imagination and physical reality. It’s just that the laws by which they work are different from our more common mechanistic technologies. I just started a new training program that teaches you about this so click on the follow link to view the webinar. Click here to view the Extended Intelligence webinar 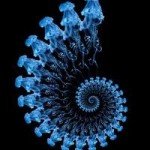 Anyone who has been watching the development of the United States economy over the last few decades has to be wondering why the U.S. is no longer as productive as it used to be. One of the reasons clearly has to do with a decline in the ability of American companies to produce new products and services that really excite people, especially those in other countries. A major cause of this economic slowdown is a lack of overall creativity as a result of an overemphasis on left-brain logical thinking over right-brain intuitive, holistic thinking. Read more here: The Great Brain Turnoff–Is the U.S. Economy Suffering From Boredom?