Excellent discussion about our current financial situation from the point of view of two people who really understand chaos theory, fractal geometry and the nonlinear basis our economy. According the late Mandelbrot “everything is possible.” 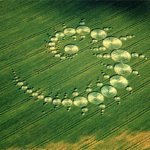 For the last century or so, technology has been a great driving force behind much global economic growth. Businesses have seen technology as a pathway to success and profits. The recent unexplained behavior of some Toyota cars with electronic throttle controls calls this belief into question. While many of us see technology as something that brings predictability and comfort into our lives and have a great deal of faith in it, there is also another side to technology: that of unexpected consequences and uncertainty.

The sociologist Charles Perrow pointed out several decades ago that “tightly-coupled” systems were prone to unanticipated failures as the result of the close proximity of many sensitive and interactive parts. Examples include Chernobyl, Three-Mile Island, and the Space Shuttle Challenger disasters. Then, in the ’80s and ’90s, chaos theory and fractal geometry showed us that highly complex systems are likely to experience unintended consequences as a result of the non-linear interactions that erupt in many types of “non-equilibrium” systems (i.e., weather, living things). In certainly could be argued that modern automobiles, while not quite living things, are also tightly-coupled systems that are sometimes subject to non-linear behavior.

The incidents of Toyota cars with unintended acceleration events seem to confirm both chaos theory and Perrow’s ideas. Mainly, that as systems get more complex, new unexpected interactions are likely to occur. GM engineers originally snubbed the idea of making their own hybrid vehicle on account of the many extra thousands of parts and miles of wire needed beyond that of a conventional car. They just thought it was too complicated and instead aimed for a fuel-cell car (which is still in the design stage, by the way).

No one now seems to know exactly what is causing these acceleration issues and Toyota claims that the software is fine. And that is precisely the point. As electronic systems are created in ever new and complex ways, unintended consequences are increasingly likely to happen. One is reminded of the crash of several U.S. Army Blackhawk helicopters in Germany in the 1990s that were allegedly caused by them getting too close to radio towers. And the Airbus plane has had its share of automated mishaps; crashes that some suspect could have been avoided if the plane were not run by computerized “fly by wire” systems which can sometimes override pilots own flight control. New Scientist magazine recently suggested that the Toyota incidents were a product of electrical interference from the likes of cell phones and similar devices.

Whatever the cause turns out to be, it reminds me of the strange phenomena witnessed in the presence of UFOs and crop circles. In the 1970s, Ford motor company even issued a bulletin on the effects of UFOs on cars including failed electrical systems and stalled engines. And I’ve seen a lot of weird electronic events in crop circles in the last few decades including shorted-out cameras and batteries. Even the National Geographic film crew, with which we worked in the summer of 2009, said their professional video camera completely and inexplicably failed while visiting a crop formation that season–it froze up so severely they had to call their London office for instructions how to reboot it. One wonders whether the Toyota experience is similarly related in the sense that new, advanced technologies may engage previously unexplored electronic phenomenon including such possibilities as room-temperature superconductivity or other similarly mysterious quantum effects.

One of the German sociologist Max Weber’s favorite themes was the “irrationality of rationality.” By that, he meant how the very efficiency of modern organizations could make them so cold and depersonalized that they no longer served a human purpose and so had become irrational. However, the same concept can be applied to modern technology: mainly that systems can become so complex, tightly integrated, and precisely controlled that bring forth new quantum or nonlinear properties that previously had no impact or relevance to our level of existence.  So in a sense, our efforts to control technology nature necessarily and paradoxically brings forth “Black Swan” events.