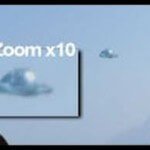 I really enjoyed the informative and well-organized ET Disclosure event from Toronto on February 7th. We heard from three well-qualified people including former Canadian Minister of Defense Paul Hellyer, researcher Grant Cameron (PresidentialUFO.com) and political activist Stephen Bassett. (Watch the replay here if you missed it.)

This event was the opening salvo is a series of Disclosure events this year. In a few months we’ll have Bassett’s five-day Citizen’s UFO Hearings in Washington, D.C. (citizenhearing.org) which is open to the public, April 29th-May 3rd, 2013. There will be at least thirty witnesses and five retired congressmen in these “mock congressional hearings” which will be streamed live on the internet in several languages.  The goal is to create create a media “feeding frenzy” in Stephen Bassett’s words and to finally focus the type of attention on this subject that is truly deserves.

I’m all for this open type of disclosure at a political level. It’s necessary, important, and long overdo. But I’d also like to remind you that there is a second type of disclosure that is equally important. This is what I like to call the “inner disclosure” because it has to do with more with your level mental and spiritual development with regard to the implications of the existence of ET’s. Basically, the degree to which you personally are capable and comfortable with going into your own “unknown” when approaching this extraordinary topic. Are you going to “freak out” or “freak in” when this topic comes to the forefront?  Because Disclosure is likely to increase or amp up whatever you’re feeling now. By a few magnitudes at least.

This is one of my main motivations in teaching Resonant Viewing and related techniques: to help people learn to navigate their own “internal unknown.” By this I mean aspects of your own mind and awareness that you may be less familiar with. To make it a friend, rather than keeping it a stranger. To discover your own “inner alien” so to speak, so you can contact the “outer one” later on.

Each of us has to come to terms with being “Galactic Citizens” in the near future. That means a higher level of public participation in the disclosure process but also a whole range of personal adjustment with what it feels like to be part of a galactic community. So I recommend you spend some of your time and personal resources with this aspect of disclosure too. That way, whatever happens over the next decade or so will feel like less of shock to and more of launching point to your greater potential.