We’ve been hearing a lot of the the E-Cat and LENR recently. If you’re not familiar with these technologies you need to be. They could be heating our homes and generating electricity in the near future. Now, an engineer from Rossi’s E-Cat team tells us how he was originally skeptical of the device but now sees it as very real and as futuristic as Blade Runner. Read the interview here.

The CEO of the Swedish energy R&D institute Elforsk issued a statement yesterday on the implications of the successful long-term E-Cat test.  He says  “we may see the fundamental transformation of our energy system” due to the simplification and decentralization of energy production with the new E-Cat technology. Read the 3rd-party report for yourself.

Here is the English translation of his full statement (thanks to Mats Hilmersson):

Yesterday, astounding results from month-long measurements on a so-called “energy catalyser” were reported. The report, written by researchers from Uppsala University, KTH and the University of Bologna, describes a release of heat that cannot be explained by chemical reactions alone. Isotope changes in the analysed fuel instead indicate that nuclear reactions might have occurred at low temperatures. It implies that we may be facing a new way to extract nuclear energy possibly without ionizing radiation and radioactive waste. The discovery could potentially become very important for the world’s energy supply.

The central part of the reactor is a narrow cylinder that is two decimetre long. In the experiments, the reactor operated at temperatures up to about 1 400 degrees Celsius. A net energy release of 1 500 kWh was observed. The thermal energy output was three to four times the electrical energy input. The reactor was filled with 1 gram hydrogen-loaded nickel powder and some additives.

In recent years, Elforsk has followed the development of what has come to be called LENR – Low Energy Nuclear Reactions. Elforsk has published an overview summary of LENR. Elforsk has co-funded the work described in the report in addition to earlier measurements that showed an anomalous excess of energy.

If it is possible to safely operate and control these reactions that are now believed to be nuclear reactions, we may see a fundamental transformation of our energy system. Electricity and heat could then be produced with relatively simple components, facilitating a decentralization of energy supply that could be both inexpensive and part of a solution for global climate change.

More research is needed to understand and explain. Let us engage more researchers in trying to validate and then explain how it works.

[Update: this is not a “leaked” report as stated here yesterday but the FINAL version posted online before it’s publication in the Journal of Nuclear Physics.]

A year-long 3rd party report on the “E-Cat” energy catalyzer technology has been posted on a Swedish website. The authors note “abundant energy production” and an unexplained nuclear reaction with no waste or by-products. The device was tested continuously for 32 days. See E-catworld.com for details.

The authors of the report conclude:

“In summary, the performance of the E-Cat reactor is remarkable. We have a device giving heat energy compatible with nuclear transformations, but it operates at low energy and gives neither nuclear radioactive waste nor emits radiation. From basic general knowledge in nuclear physics this should not be possible.”

This is simply amazing, to see something as new and controversial as the E-Cat fusion technology presented in such a matter of fact way, clearly and methodically, by Renato Estri of Artech on this CNBC affiliate. Looks like low-energy fusion, a relative of cold fusion, is real after all! (In Italian with English translation.) 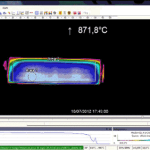 This Italian blog reports delivery of an “”E-Cat” low energy fusion device, created by inventor Andrea Rossi, scheduled for the end of April. We’re all waiting to see if this is for real in terms of it’s unique energy process. Read more about this new technology here and in this recent article in Wired Magazine.