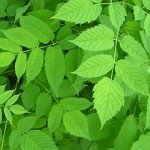 Brand new research from several universities reveals that green plants use quantum computation to convert light into chemical fuel. An article from New Scientist (February 6th, 2010) shows that plants make use of a principle known as “quantum coherence” to convert light into useable energy. Tiny light-gathering structures known as antennas gathering photons and transfer them to the fuel generating part of the cell. However, the new discovery shows the plants’ green chlorophyll allows the photons to take the form of an excited wave-like “superposition” before being converted into usable energy. Plants absorb many different frequencies of light and use this type of computation to calculate how to extract the most energy from the light. The eight pigment molecules that are part of each chlorophyll structure allow the photons to reach this superposition for a tiny fraction of a second (400 femtoseconds). The superposition then collapses and the photon then follows the path of least resistance creating the most efficient energy production.

It was previously believed that  quantum coherence could only be achieved at ultra-cold temperatures and these new experiments show that quantum effects can occur at room temperature. This is a very significant discovery in that it shows the relevance of quantum principles to macroscopic organisms that we can perceive at a human scale. One idea is to use the same quantum mechanisms to dramatically improve the efficiency of solar cells.

This discovery allows makes wonder if these principles are in some way related to the weird energy effects we see in and around crop circles. After all, many crop formations have a macroscopic, shape-based coherency which might be energetically interacting with grain crops in some previously unexplainable way, perhaps with the above principles. It’s food for thought and grist for the mill of planetary intelligence.