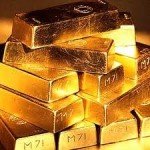 Think and Grow Rich, a classic text by Napoleon Hill, has been studied and talked about by success coaches and motivational speakers for generations. It’s influenced countless numbers of others. Hill was originally commissioned by Andrew Carnegie in the 1930’s to study successful men of the era including Ford, Edison, J.P. Morgan, and hundreds of others in order to discover their “secrets of success.” Hill claimed to have found the common basic principles that all of them used to become giants in their field. In this book, he explains how anyone can use these ideas to the same effect.

But did you know that Hill makes frequently reference to the “sixth sense” and other types of psychic functioning as the basis for what makes people successful?  He also talks about the importance of transmuting personal, physical energy into creative energy. It’s a question of tapping into “infinite intelligence” with your subconscious mind and imprinting that intelligence with your intentions and ideas. Simple right?

The foundation for all success according to Hill is to use your “Creative Imagination,” as he calls it. Hill insists on the full use of one’s imagination coupled with a larger purpose, focused intention, and connection to your subconscious mind and those of other people. He differentiates this from “Synthetic Imagination” which merely takes what is already there in your mind and just rearranges it. Creative Imagination, on the other hand, allows one to have contact with the “infinite intelligence” of the universe.  If you want to “hit the ball out of the park” so to speak, this is what you’re looking for.

And viewers know how to do this in spades. Because viewing IS the process of connecting to the infinite intelligence that Hill continually refers to.

Simply put, viewing is the best way that I know about to improve your creative imagination. Hands down, viewing is like jump-starting your creativity with scientifically proven, advanced methods that really work. Viewing activates your right-brain and teaches you to LISTEN to your subconscious mind instead of ignoring it. INTERACTING with your subconscious rather than beating it up all the time. Benefiting from your creativity rather than letting it go unnoticed.

It’s like rocket fuel for your personal growth. Because your subconscious mind doesn’t have the same limitations as your conscious mind. So you can accomplish a lot more than you can even imagine.

You’ll delve deeper in your own psyche so you can mine the riches of your own awareness and beyond. Now that’s infinite intelligence.

Once you begin working with your imagination in a holistic way, it acts like a magnet to attract similar things and situations of a similar vibration. This is the basis of the Law of Attraction. Like attracts like. And it begins in your ideas and beliefs.

So, if you want to experience the hidden power of your own subconscious mind, you need to access your imagination, and develop it to the max.

The virtual viewing program I’ve developed in the Virtual Viewing Gold program is designed to do this for you in a big, big way.

The Gold Viewing Program unlocks the doorway to your subconscious mind so you reap all the benefits of your imagination, creativity, and much more.

Unlock the secrets to your inner wisdom, and you truly can think and grow rich. Take a look now and go for the Gold today: